Martin Arnold were appointed as Architect, Contract Administrator, Clerk of Works and Principal Designer for the replacement of all combustible elements within the external wall and for a full improvement of all internal firestopping to the 11 stories. All residents were to remain in-situ whilst the works were to be undertaken.

The block consisted of 58 apartments which were a mix of general needs and leasehold, all possessing a balcony which, for the most part, was affixed to a separate steel frame on the flanks of the building. A car park surrounded the building with the road leading from the top of Restell Close to a dead end and pedestrian access to the train station.

We developed a detailed specification of works and drawings for tender, we prepared a full planning application due to the building’s proximity to the Maritime Greenwich World Heritage Site boundary. As part of our appointment we produced the JCT contract and administered and delivered the scheme to our clients satisfaction. Construction quality was monitored throughout the build by our expert site inspectors who coordinated inspections right up to handover using our gridline system. As per our clients request, we had engaged 2 separate fire specialists to sign off the internal and external firestopping to which we coordinated, and continually assessed throughout the project.

Martin Arnold were integral in delivering the project to ensure the works were completed to the highest quality. 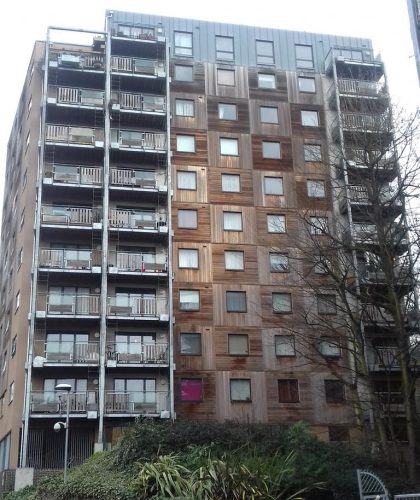 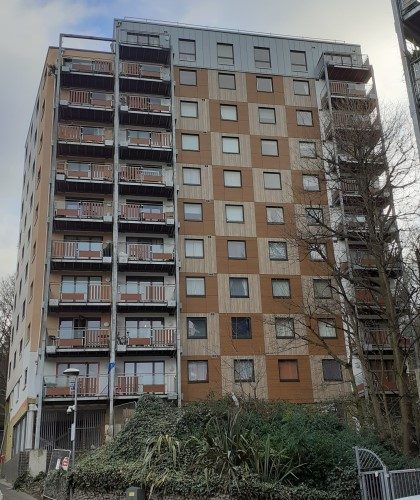 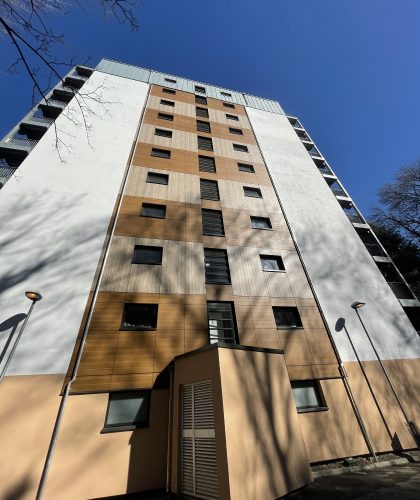 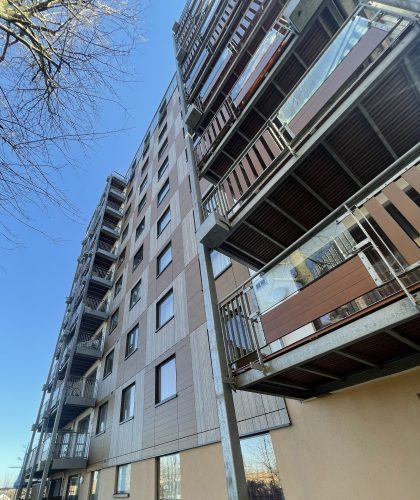 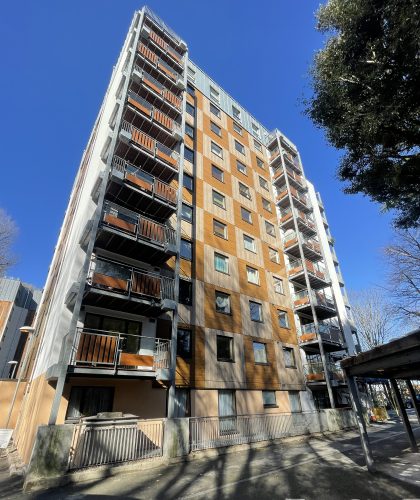 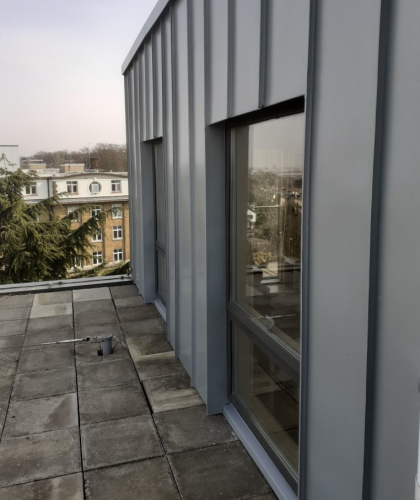 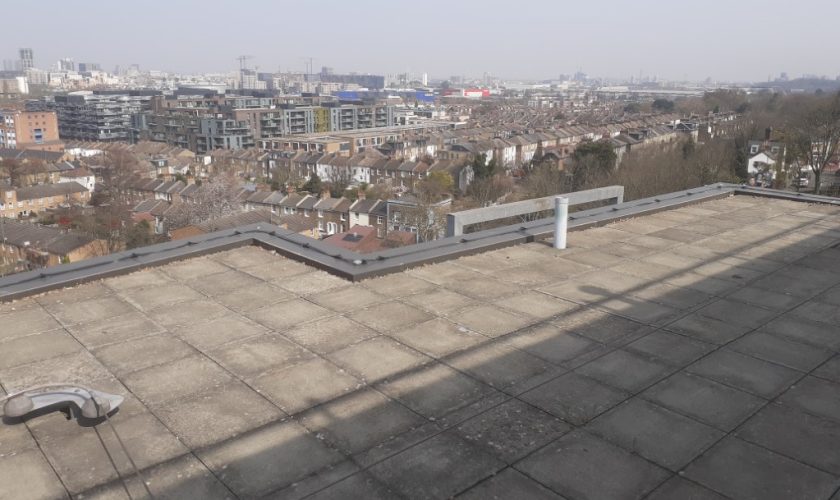 The first and arguably most difficult challenge was to organise the site set up which was highlighted early on but could not be resolved without contractor input. The primary issue was that our client did not own the land surrounding the residential block and could not request the parking bays without resident permission which proved to be an obstacle. To circumvent this, we proposed a floating gantry which spanned the car park allowing residents to keep their parking bays and providing a much needed staging platform to deliver and store materials.

As the residents were provided limited space within the block to store large items, the client felt it was necessary to reinstate the pram stores. The fire consultants were initially against this idea as managing these areas would prove to be a residual risk as the Housing Association would need to be able to access each and every pram store to ensure no flammable materials are stored inside. After much discussion this was overcome and an ongoing management strategy was put in place.

We proposed a new design for the pram stores ensuring that each one was entirely compartmentalised and would provide 60 minutes fire protection from smoke and flame including new riser doors with drop seals. The new design was approved by the third party fire consultants and were installed on site to the approval of the residents.